Facebook Twitter Google+
Linkedin Pinterest Reddit
During his first media interview after Zomato’s record-breaking IPO, founder and CEO Deepinder Goyal told us the company’s stellar public listing was “beyond anyone’s expectations” but that the company will continue to chase growth over profits. He also spoke about Zomato’s still nascent grocery play, its $100 million investment in Grofers, and — of course — the competition.

‘We’ve spent about a third of what the competition has’ 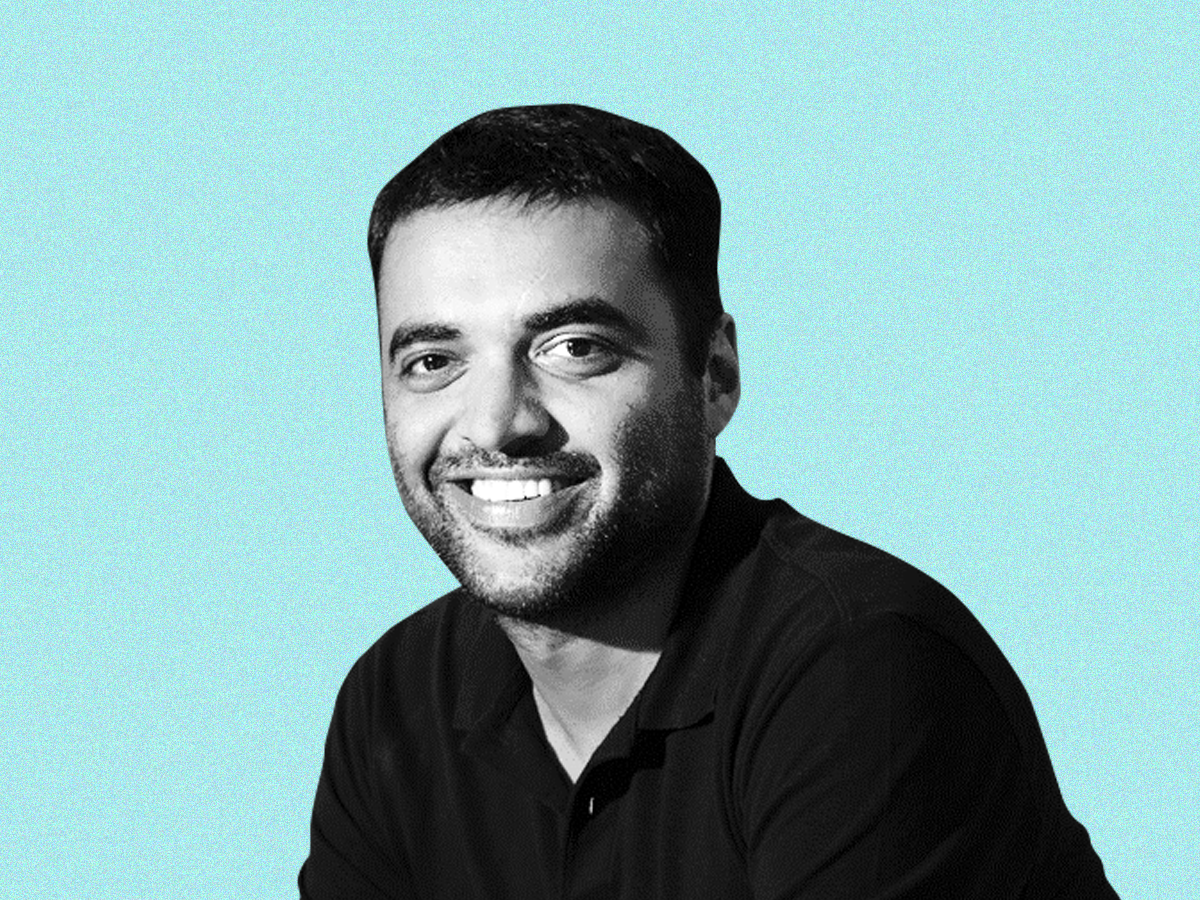 After its hugely successful IPO last month, Zomato will continue to chase growth and build a long-term business, undeterred by questions about its (lack of) profitability and eye-popping valuation, cofounder and chief executive Deepinder Goyal told us in an interview.

Here’s a sampling of what he said:

On the IPO: Goyal said “life hasn’t changed drastically” after Zomato raised more than $1 billion from public markets last month. “This was beyond anyone’s expectations and anyway we had kept our expectations very low. What we got was very good,” he said. Zomato’s market capitalisation stood at Rs 1.09 lakh crore as of Monday. 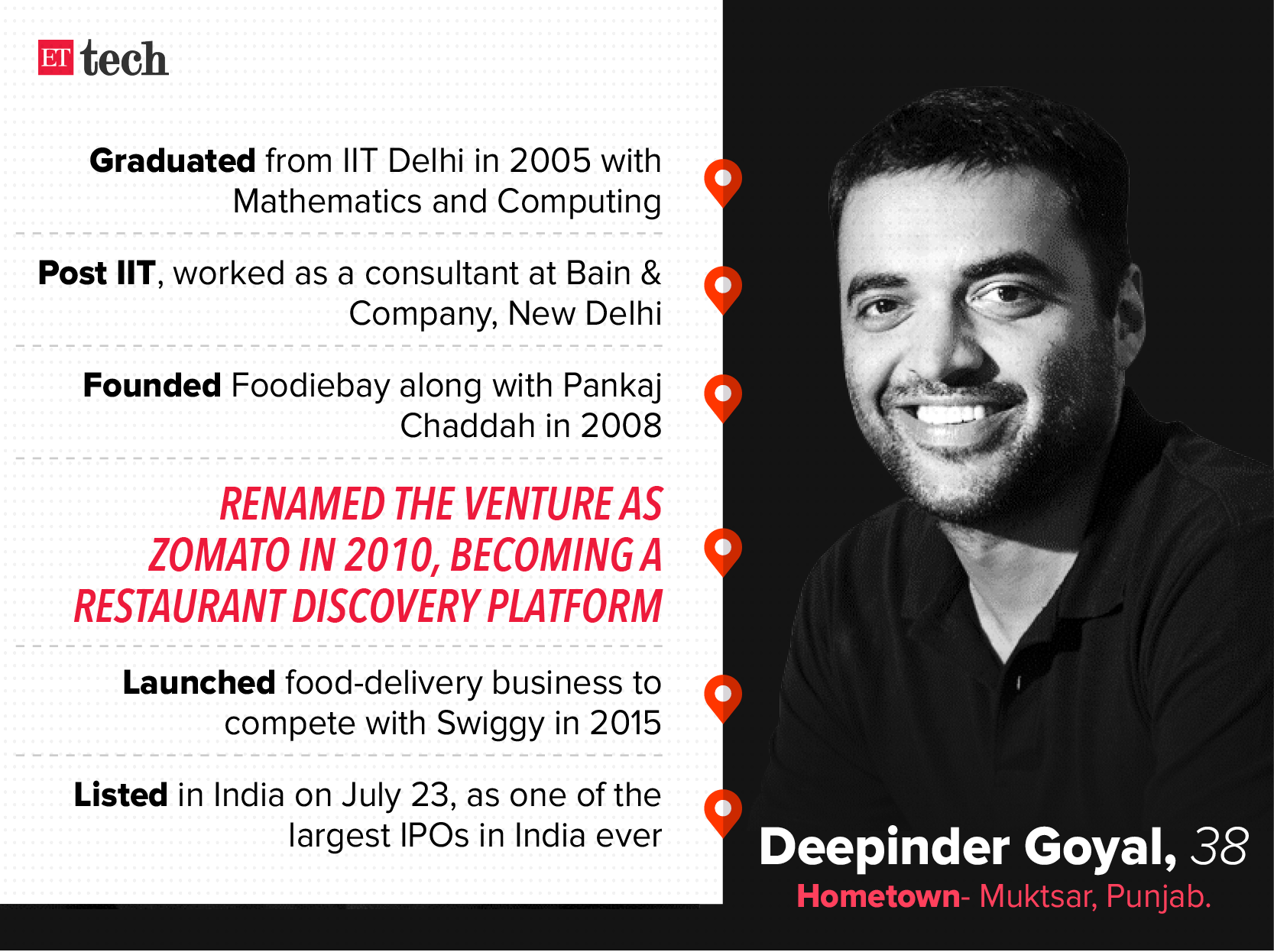 On the timing of the IPO: “Business was doing very well and it was a natural progression. There was no reason not to do an IPO. There were no external factors that made us take that decision.”

On the pressures that come with being a public company: “I have not been looking at the stock for the past few days. We will continue to focus on our work. There is no pressure. In fact, in the private markets we were scrutinised every month. Now that we are public, it’s every quarter. So it’s a much better life.”

Also Read: Zomato introduces Zomato Pro Plus to shore up revenue per user 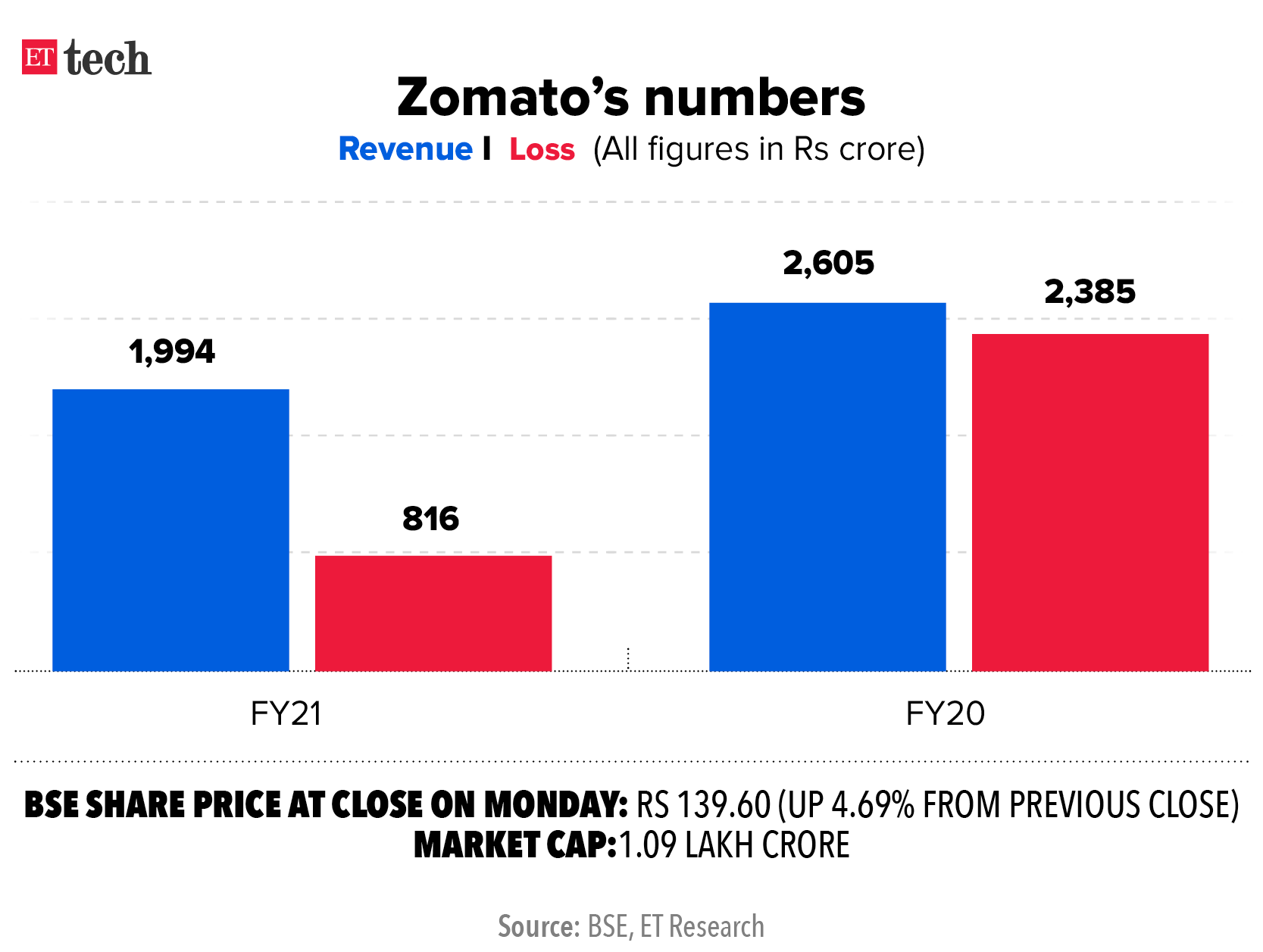 On the Grofers investment and looking beyond food delivery: “Grofers was the only large standalone e-grocer left on the market and that was what prompted Zomato to back it. “We don’t have much idea (about the online grocery business) and are just trying to learn. We think it’s a big space but we are not sure if we want to do it in the long-term or not. The investment in Grofers is separate. We have our own grocery offering, under a marketplace model, which went live in Delhi a few days ago.”

On offering huge discounts: “We are in a very dynamic business… and take weekly or sometimes daily calls on our discounting strategy. There’s no pressure on us after becoming a public company. We are focussed on doing the right things for the business. We have spent about a third of what the competition has to get here. Why should we change what has been working for us?” 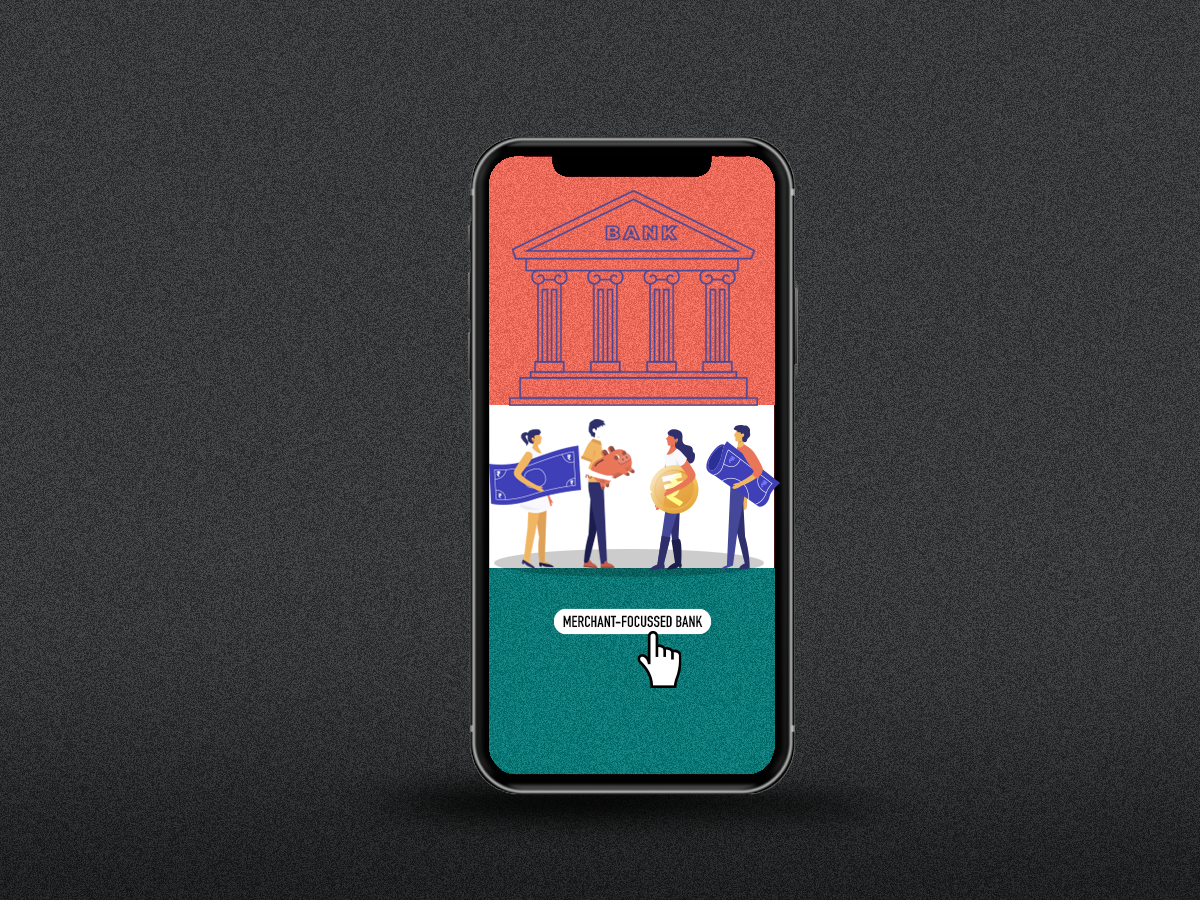 The Enforcement Directorate (ED) is investigating a number of Indian payment gateway companies under the Prevention of Money Laundering Act (PMLA) for allegedly allowing Indian customers to transfer money to Chinese betting apps.

This was possible, investigators said, because the payment gateways didn’t conduct adequate due diligence of the Chinese apps.

The agency is also questioning the companies to find out whether they made benefitted from this. If they did, the money could be considered proceeds of crime.

This is the first time the ED is investigating such companies under PMLA.

Which companies? Investigators are looking at , the Bengaluru unicorn, as well as PayTM, Cashfree, BillDesk and Infibeam Avenues.

What the companies said: “Some of our merchants were being investigated by the Bengaluru ED. We have cooperated fully and shared all the required information. The authorities were satisfied with our due diligence protocols,” a Cashfree spokesperson said.

Crypto exchanges under scanner too: On Friday, we reported that the ED was looking into whether Binance, the world’s largest cryptocurrency exchange and parent firm of Indian crypto exchange WazirX, had a role to play in the Chinese betting apps case. That was a month after the agency sought an explanation from WazirX itself for transactions worth Rs 2,790.74 crore on its platform that were allegedly in violation of foreign exchange rules. 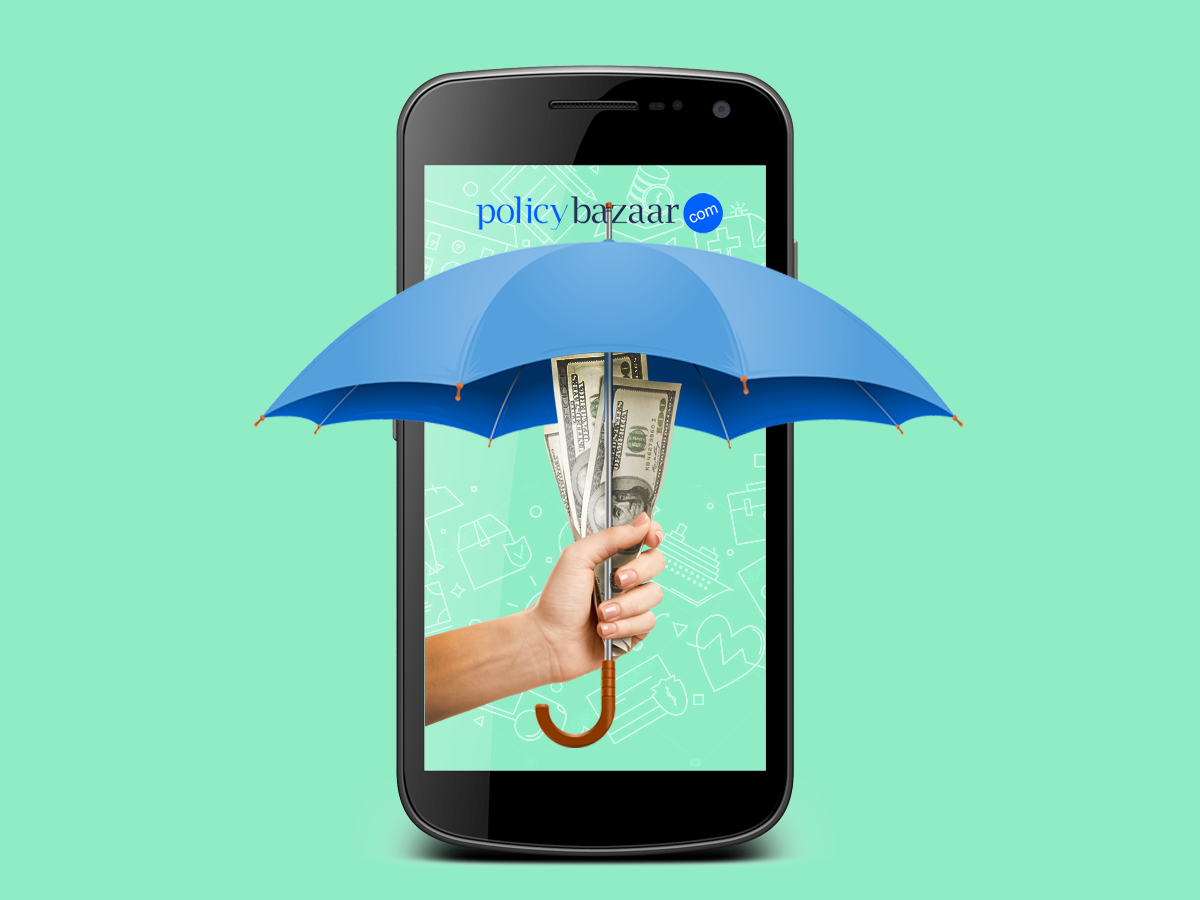 Online insurance platform PolicyBazaar has become the fifth startup after Zomato, Paytm, Mobikwik and CarTrade to begin the process of listing on Indian stock exchanges.

PolicyBazaar parent PB Fintech has filed a draft red herring prospectus (DRHP) with the markets regulator, the Securities and Exchange Board of India (Sebi), to raise Rs 6,017 crore through an IPO.

Details: The firm will raise Rs 3,750 crore by issuing new shares and the remaining Rs 2,267 crore ($305 million) through a secondary sale of shares via an offer for sale (OFS). SoftBank will sell shares worth Rs 1,875 crore while founders including chief executive Yashish Dahiya will sell shares worth up to Rs 392.50 crore.

PolicyBazaar will be the second big firm in Info Edge’s portfolio to go public after Zomato, which had a blockbuster public market debut last month.

Pushback from legacy firms: News of the IPO comes at a time when several incumbents in India’s legacy insurance industry, including the largest private sector general insurer ICICI Lombard and public sector behemoth Life Insurance Corporation of India, have either partially or completely refrained from listing their products with third-party online brokers.

HDFC Ergo also recently delisted its products from online marketplaces, including PolicyBazaar, we reported on Monday. 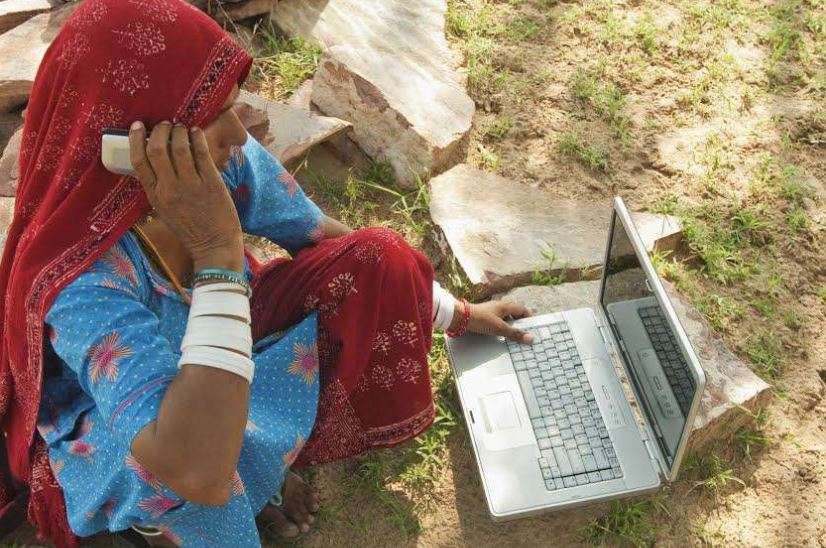 Data consumption in rural areas has increased by 400% in the past year, official data showed.

The government’s initiative to provide Wi-Fi hotspots and fibre-to-home (FTH) connections in India’s hinterlands has garnered more than 1.3 million Wi-Fi registered users. More than two million household subscribers are set to benefit from high-speed connections by December, according to officials.

The digital payment solution, developed by the National Payments Corporation of India in partnership with several government agencies, works using the Unified Payments Interface (UPI) architecture and will first be used for Covid-19 vaccinations at private hospitals, the PM said, and after that for PMJAY payouts, healthcare benefits and for scholarship and ration payments.

Koo says it took down 498 posts in July

Homegrown Twitter clone Koo has published its social media compliance report for July, as required under the revised IT rules.

The report showed 14.5% (498) of the 3,431 Koo posts reported by the community in July were removed, while ‘other action’ was taken against the remaining posts.

Last week, we reported that the Delhi High Court had given Twitter a ‘last opportunity’ to show its compliance with the IT rules.

Also Read: Koo app calls on users to apply for its yellow-tick

Other Top Stories We Are Covering

Icertis says revenue rose 60% in H1 of 2021: Icertis said it signed on a record number of new customers in the first half of 2021, when the contract management firm also saw a 40% increase in the use of the platform by its customers. From January to June 2021, the company said, it reported a 60% increase in revenue from a year earlier, leadership additions and expansion deals, underscoring the rising demand in the sector.

Mphasis to focus on four pillars for growth: Mphasis plans to pursue a strategy of focusing on four pillars to drive growth in the ongoing financial year and beyond, its chief executive has said. The mid-sized IT service firm will continue to focus on expansion of capabilities, geographic presence, leadership and creating a portfolio of IP-driven AI/ML innovation.

Global Picks We Are Reading