Federal Reserve Chair Jerome Powell said on April 29 that interest rates will remain in place until the Fed is confident the economy has weathered the effects of the pandemic, and that national debt shouldn’t be a fiscal concern in times of crisis.

“The ongoing public health crisis will weigh heavily on economic activity, employment and inflation in the near term, and poses considerable risks to the economic outlook over the medium term,” a statement by the Fed said.

As the economic impact of the virus unfolds, the Fed will keep interest rates between 0 and 0.25 percent until it’s confident that the economy has weathered the effects of the outbreak and is on track to achieve its maximum employment and price stability goals, Powell said. Cutting rates, as well as increased purchasing treasury and agency mortgage backed securities, has been an effort by the Fed since mid-March to improve market conditions and improve access to capital.

“The markets for these securities play a critical role in the economy and they came under great stress last month,” Powell said. “Preserving the flow of credit is essential for mitigating the damage to the economy and setting the stage for recovery.” 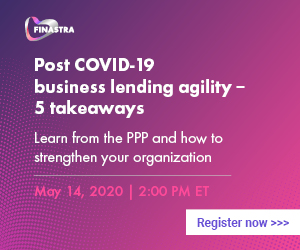 Powell uncharacteristically commented on fiscal response to the pandemic, saying that spending may be necessary to preserve the economy and ensure a healthy recovery. “The Fed cannot grant money to particular beneficiaries,” Powell said, stressing that it can only offer loans that must be repaid. “Many borrowers will benefit from our programs, as will the overall economy, but for many others, getting a loan that may be difficult to repay may not be the answer.”

Elected officials have the power to tax and spend and to make decisions about where we as a society should direct our collective resources, Powell said, citing the assistance provided by the CARES Act. “This direct support can make a critical difference not just in helping families and businesses in a time of need, but also in limiting long lasting damage to our economy.”

Policies that protect workers, businesses and families from avoidable solvency, Powell said, are key, but “they’ll come with a hefty price tag.”

Powell pointed out that the national debt is growing faster than the economy. “This is not the time to act on those concerns,” Powell said. “This is the time to use the great fiscal power of the United States to do what we can to support the economy and try to get through this with as little damage to the longer run, productive capacity of the economy as possible.”