The Reserve Bank of India (RBI) has tapped a number of alternative investment funds (AIFs), to ascertain if their recent transactions were in accordance with the new Press Note 3 (PN3) requirements, said two people familiar with the matter.


AIFs receiving foreign investment need to submit Form InVi within 30 days from the date of issue of units, to the apex bank. The RBI has been rejecting such forms of late, seeking a declaration that these transactions are in compliance with the recent notification.

This has raised concerns that the ambit of PN3 — applicable only to foreign direct investments (FDI) so far — could extend to AIFs (both domestic and foreign) too, and thus prevent funds from drawing down capital from Chinese limited partners (LPs) for follow-on or fresh investments.


Since AIFs draw their capital over 3-5 years, finding new investors could be a challenge and Chinese LPs could withdraw from future investments. “It is not clear if the RBI is looking at a simple declaration from AIFs or if it actually wants to scan the beneficial ownership information to determine if the fund needs to go through the approval route,” said Atul Pandey, corporate and M&A partner, Khaitan & Co.


“In terms of the language of the FEMA notification and until a clarification is issued otherwise, different categories of foreign investment — including AIFs, FVCI, FPIs and debt investments — should not come under the purview of Press Note 3.”


Legally, AIFs are covered under a separate ‘Schedule VIII’ of non-debt instrument rules, and therefore any direct investment is outside the ambit of PN3. 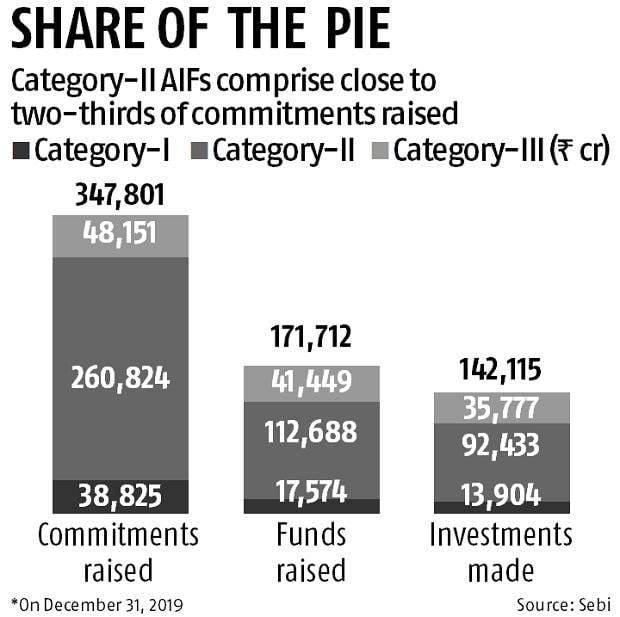 According to Pratibha Jain, partner, Nishith Desai Associates, an adverse stance from the RBI could compel funds — especially domestic — to go for compounding (an admission of guilt) or be asked to wind up the transaction.


Downstream investments by domestically owned and controlled AIFs are not considered as foreign investments, even if the money is pooled from overseas.


“The RBI’s query is open-ended. Nobody wants to seek government approval for such investments as it will delay timelines. If the management is non-Chinese and fund regulated, why should there not be a carve-out?” asked an industry official.


Chinese tech investors have put an estimated $4 billion into Indian start-ups, mostly from dedicated VCs or tech firms like Alibaba and Tencent, according to a report by think-tank Gateway House. Given their penchant for investing in start-ups and consumer technology, VC or early-stage AIFs could get impacted the most by the RBI query. Most Indian VC financiers are wealthy individuals or family offices, and cannot make the $100-million commitment needed to finance start-ups.


“For foreign-owned or controlled AIFs that have already drawn down funds from LPs and are investing in Indian entities, it would be time-taking to reach out to all investors and find out where they are situated,” said Vaneesa Agrawal, founder of Thinking Legal.


Experts believe going through the approval route could take anywhere from three months to a year. “Even if such AIFs have one investor from a bordering country, they would need to take approval before making investments in Indian firms,” said Agrawal.


There is uncertainty with regard to grandfathering of existing investments, too.


For a capital commitment of $100 million, the general partner (GP) may initially want to invest $20 million. If there are five investors, the GP will draw $4 million from each one. Will each drawdown be considered a new investment or will the entire capital commitment be grandfathered?


“Let’s say only the money drawn down is grandfathered and the rest has to go for approval. What happens if the approval does not come through? The GP has a signed commitment on the basis of which other LPs or investors might have come in. This will lead to high uncertainty,” said Pratibha Jain, partner, Nishith Desai Associates.


Investments by AIFs rose to Rs 1.4 trillion for the quarter ended December 2019, clocking a 53 per cent rise in assets over the year-ago period.