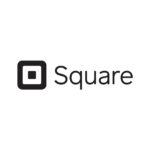 Federal regulators approved an industrial loan company application from Square, Inc., despite opposition from an FDIC board member and the Independent Community Bankers of America.

The fintech company’s Utah-based bank, Square Financial Services, Inc., will be supervised by the FDIC, and is required to be established in the next 12 months.

Square was formed in 2009 as a payment services provider to enable businesses to accept card payments. The platform has been expanded to include point-of-sale payments, financing, and other services. The bank will originate commercial loans to merchants that process card transactions through Square’s payments system, and will operate from a main office located in Salt Lake City.

In a speech the day before the approval was announced March 18, however, former FDIC chair and current board member Martin Gruenberg said Square failed to demonstrate financial strength. Since the company was established in 2009, it has never been profitable, Gruenberg said.

“According to its SEC filings, Square, Inc., lost money in every year of its operations except 2019, when it barely broke even,” he said.

Gruenberg also said the company is vulnerable to an economic downturn since it relies on an “originate to distribute” business model. If an investor’s demand for the bank’s loans diminishes in an unfavorable business environment, Gruenberg said, the company’s liquidity and capital positions would be swiftly and seriously impacted.

The ICBA expressed concern about loopholes for the parent companies of ILCs.

Conditions imposed by the FDIC, Romero Rainey said, are insufficient to alleviate the association’s concerns. In a white paper last year, the ICBA said fintech and big tech firms can use ILC charters to benefit from federal safety nets and avoid legal restrictions and company oversight.

“To mitigate risks to the financial system, ICBA continues to call on the FDIC to refrain from approving any additional deposit insurance applications submitted by ILCs until the proposed rulemaking is finalized.”

Rakuten, Inc., another industrial loan company seeking approval by the FDIC to become a bank, withdrew its application on March 23., but will refile an updated application to the FDIC in the coming months, according to a company press release.