Honestly, if Samsung challenged premium midrange heavyweights with its A-series smartphones, it would stand little chance in the segment. However, it managed to change the game by launching the Galaxy S10 Lite, with everything needed to take on peers in the premium midrange segment.


Business Standard reviewed the Galaxy S10 Lite, which is part of Samsung’s premium Galaxy S-series lineage, and tested its score on key parameters. Here is what we found:


The Galaxy S10 Lite drops some of the signature Galaxy S-series design elements, including the curved front display and the back glass cover. But the phone still looks premium and has good ergonomics, a lightweight build, and a thin profile. These make it one of the handiest smartphones in the segment. On the back, the phone boasts a cover made from a new material called ‘glasstic’, with properties of both plastic and glass. It is resilient to scratches, but its glossy smooth surface is a fingerprint magnet. Thankfully, the phone comes with a transparent cover to protect its back from scratches and fingerprint marks. But note that it adds some weight to the otherwise handy smartphone.


The Galaxy S10 Lite has a 6.7-inch super AMOLED screen of a fullHD+ (2400 x 1080 pixels) resolution. Though the screen is flat — unlike other premium Samsung smartphones, which have a two-side curved panel — it stretches close to the frame borders on all sides. So, the bezels are negligible, and even the most prominent bottom bezel on the Galaxy S10 Lite is narrower than those in other phones in the segment. 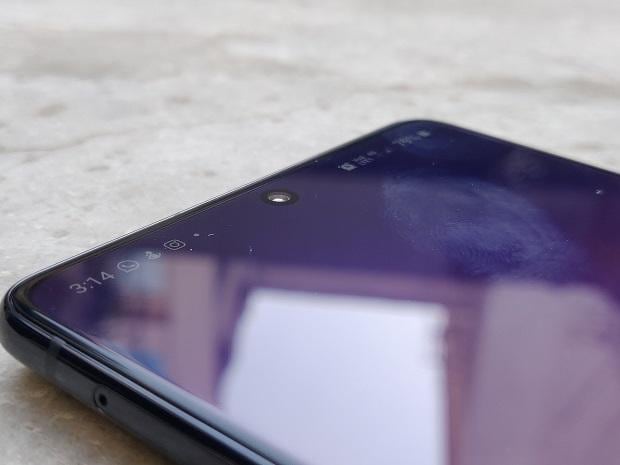 As for the output, the screen is vivid, with a good contrast ratio. It supports HDR, thanks to its bright panel, which also gives it excellent sunlight legibility (note that this requires an adaptive screen set to be enabled). The screen has an optical in-display fingerprint sensor sitting under the display on the lower side. Compared with the ultrasonic sensors used in the Galaxy S10-series and Galaxy Note10-series, the S10 Lite’s optical sensor feels much faster, more responsive and accurate. It unlocks the phone almost instantly and recognises your fingerprint no matter how you put your finger on the sensor. 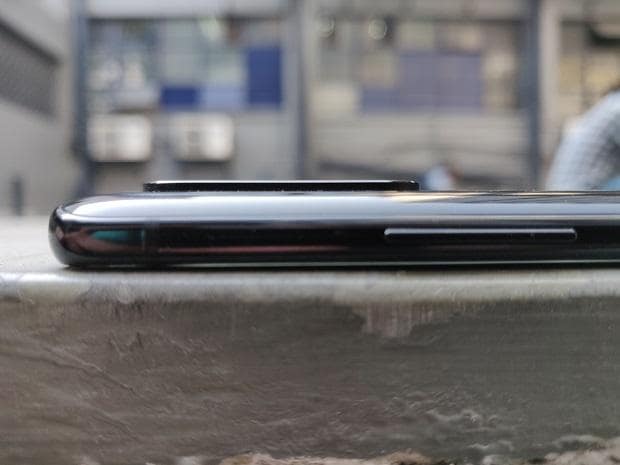 Overall, the Galaxy S10 Lite’s screen is nearly perfect for most utilities. It would, however, have been better with an enhanced refresh rate. The display operates at a conventional refresh rate of 60Hz, which is not as appealing as displays with higher refresh rate — the OnePlus 7T and the ASUS ROG Phone II have AMOLED screens with 90Hz and 120Hz refresh rates, respectively.


The Galaxy S10 Lite has a triple-rear-camera set-up — a 48-megapixel primary sensor of an f/2.0 aperture, a 12MP ultra-wide sensor of a 123-degree field-of-view (FoV) and f/2.2 aperture, and a 5MP macro sensor of an f/2.4 aperture. It might seem elementary on paper, especially since a telephoto lens is missing, the implementation of the set-up is unique and different. This puts the Galaxy S10 Lite ahead of peers with regard to imaging. Speaking of implementation, the phone’s primary rear camera boasts a newly developed module, which the company calls ‘Super Steady Optical Image Stabilisation’ (OIS). The module acts like a gimbal to eliminate minor shakes, providing a steady and stable imaging experience. The benefits of Super Steady OIS are minor but effective. They are mostly noticeable in low-light photography and videography, which otherwise require steady hands to capture stable frames. The Super Steady OIS also allows you to record stabilised 4K videos at 30fps. The Galaxy S10 Lite also has a Super Steady video recording mode, which is a software-based stabilisation using the ultra-wide sensor for steady 1080p video recording.


In terms of output, the rear cameras on the Galaxy S10 Lite are capable performers, and the best you get in the premium midrange segment for photography and videography. The phone’s primary rear camera takes detailed shots in all lighting conditions. Though the phone lacks a dedicated telephoto lens, required for optical zoom, the pixel-rich primary sensor allows up to 2x digital zoom on the subject without losing much detail — especially in good light. In low light, however, the digital zoom leads to loss of crucial details, and that is when the lack of the telephoto lens becomes apparent. 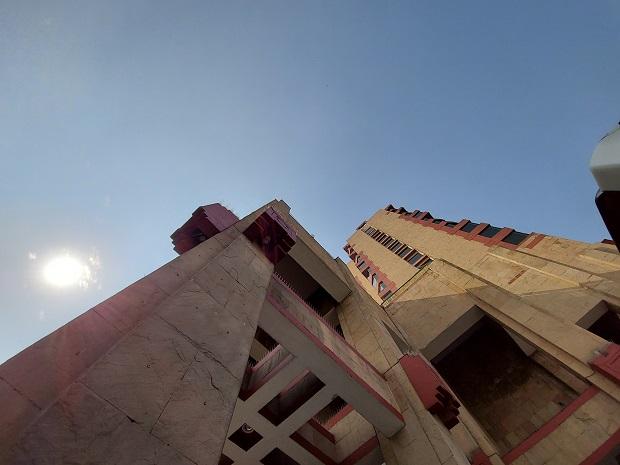 Completing the package are the phone’s ultra-wide and macro sensors. Like the primary one, the ultra-wide sensor is a good performer, irrespective of lighting conditions. It takes detailed shots with good colours, enhanced highlights and shadows, and decent dynamic range. It also straightens the barrel effect to an extent without softening the frame too much. The macro sensor is good for daylight photography. Not the best iteration of the macro lens, it is nonetheless a valuable addition to the mix.


On the front, the phone has a 32MP selfie shooter of an f/2.2 aperture. It is also a capable unit and supports several software-based optimisations, such as portrait mode, live focus selfie videos, night mode, etc. 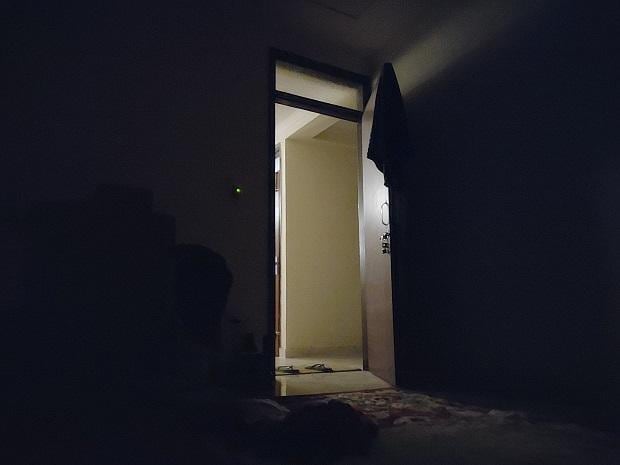 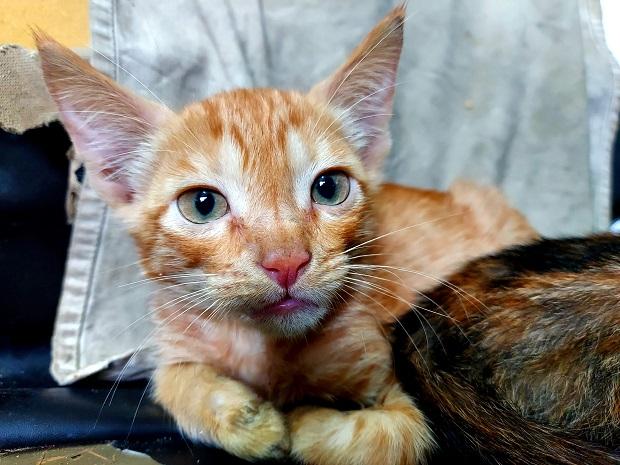 
The Galaxy S10 Lite is powered by a Qualcomm Snapdragon 855 system-on-chip, paired with 8 GB of RAM and 128 GB of internal storage. The configuration is top-notch, and that show in the forms smooth performance. Be it regular day-to-day operations or high-intensity usage while gaming and editing multimedia, the phone handles everything with ease and delivers consistent performance even after extended use. The performance is accentuated by an intuitive user experience, thanks to the Android 10-based Samsung OneUI 2.0 user interface. It is one of the custom smartphone UIs that deliver better user experience than the stock Android UI. 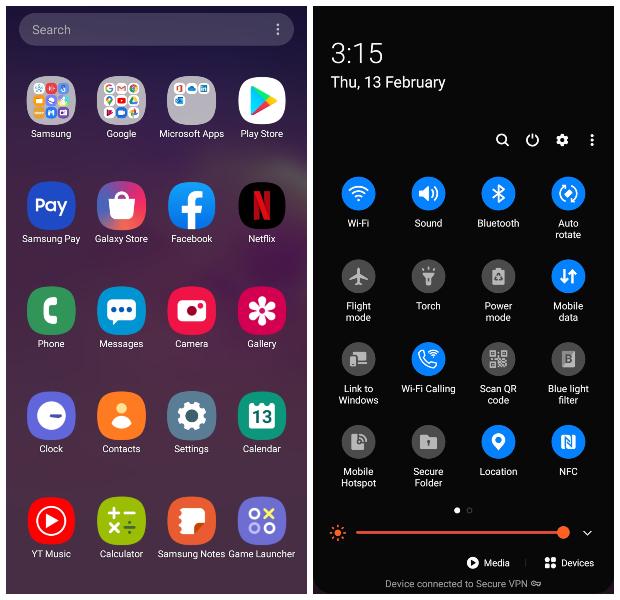 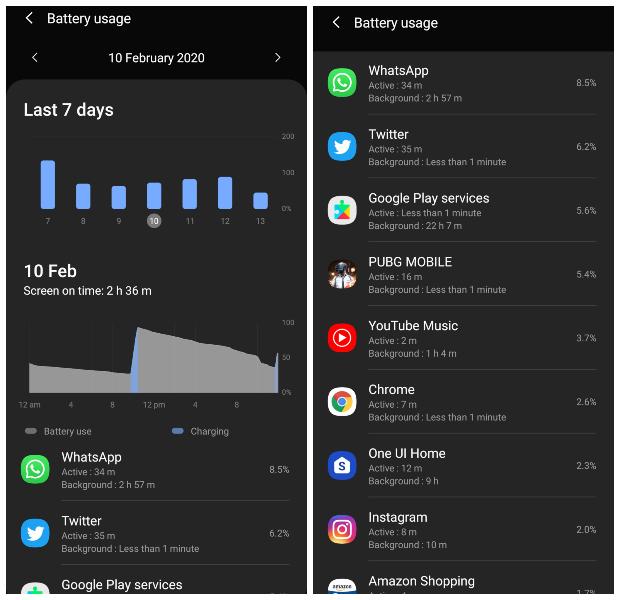 
The phone has a 4,500 mAh battery which keeps it going for a full day. Its 25W fast charging replenishes the battery from zero to 100 per cent in less than two hours — that is satisfactory.


If you compare it with the premium sibling Galaxy S10, you will find several features missing in the Galaxy S10 Lite. These include the ingress protection rating for water and dust resistance, stereo speakers, wireless charging, higher screen resolution and DeX support. Yet, it is Samsung’s best bet to take on other heavyweights in the premium midrange segment. That is because it has not compromised on the features that you expect a premium midrange smartphone to cut corners on — design, imaging, performance and on-battery time. The Galaxy S10 Lite brings some freshness to the premium midrange segment, which at present is dominated by Chinese smartphone maker OnePlus.