Like in earlier years, South Korean electronics manufacturer Samsung has again beaten direct rivals in introducing premium flagships with its Galaxy S20 series of three new devices. Marking the beginning of a new decade for Samsung’s premium devices, these smartphones – the Galaxy S20, Galaxy S20 Plus and Galaxy S20 Ultra – focus on imaging, connectivity and software. While the first two are successors to the Galaxy S10 and the Galaxy S10 Plus, respectively, the third is a new addition to the mix.


Business Standard reviewed the Galaxy S20 Plus, priced at Rs 73,999. Read on to know if it justifies its premium price tag.

Though a new-decade smartphone for Samsung, the Galaxy S20 Plus has a familiar design, which looks similar to what we have previously seen in other Samsung flagships. It has a glass-metal build with a Gorilla Glass protection on the front and back. Though minimal, the phone’s overall design looks premium. It is one of the big-screen smartphones that do not compromise on ergonomics. It is thin, compact, and lightweight. And its overall form factor is such that you do not find it difficult to operate using one hand. One of the most notable design changes when compared with predecessor is the Galaxy S20 Plus’ rectangular rear-camera module, placed at the top-left corner. It protrudes a little from the phone’s body but not enough to look distasteful. It does, however, make the phone wobble on flat surfaces like table tops. The Galaxy S20 Plus also has new button placement on its chassis – a dedicated Bixby key has been removed and the volume rocker keys have been moved to the right side, above the power key, which doubles up as the Bixby key. The new button placements make it easy to use the phone.

The Samsung Galaxy S20 Plus sports a 6.7-inch punch-hole (Infinity-O) screen of a QHD+ (3200 x 1440 pixels) resolution. The screen covers the entire front, leaving negligible bezels around it; even the most prominent bottom bezel is quite narrow. Samsung has continued with the screen’s two-side-curved profile, common in the company’s premium smartphones. However, the curves in the Galaxy S20 Plus are subtle and look almost flat from the front. The enhanced side curves improve the accessibility of the screen by making it less prone to accidental touches. 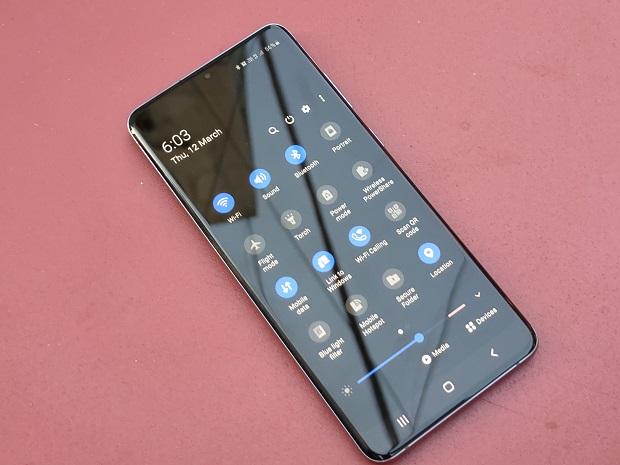 As for upgrades, the Galaxy S20 Plus has added minor but important features to Samsung’s already capable Dynamic AMOLED screen, which the company introduced last year in the Galaxy S10 series. Named the Dynamic AMOLED 2X, the screen supports a 120Hz refresh rate and HDR10+. While an enhanced refresh rate improves the experience by making user interface transitions smooth and responsive, it operates only at a fullHD+ resolution. Besides, not all apps and games support the enhanced refresh rate and the screen dynamically switches to the conventional 60Hz. This is not limited to the Galaxy S20 Plus – most phones (affordable or premium) with enhanced screen refresh rates suffer from this, and they will continue to do so unless developers of apps and games add support for enhanced screen refresh rates to their products.

Imaging has always been a strong area for Galaxy S-series smartphones, and the Galaxy S20 Plus takes that legacy forward. The rear-camera module of the Galaxy S20 Plus has got a major boost in terms of features, optics and capabilities. The phone sports a quad-camera module – a 12-megapixel primary sensor of an f1.8 aperture, a 12MP ultra-wide sensor of an f/2.2 and 120-degree field-of-view (FoV), a 64MP telephoto lens of an f/2.0 aperture, and a depth sensor. On the front, the phone has a 10MP sensor of an f/2.2 aperture. 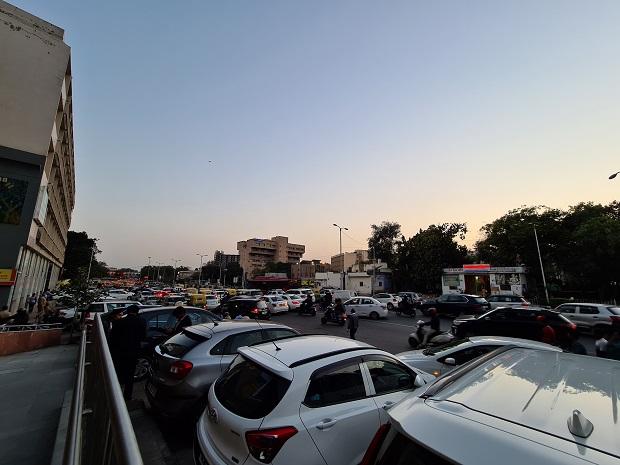 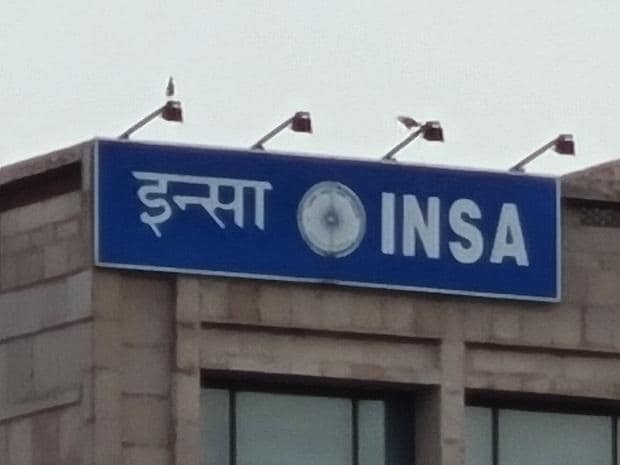 
Technical details aside, both the rear and front camera modules are capable units, irrespective of light conditions and scene settings. The phone’s primary rear camera is tuned to capture bright and warm images. It takes detailed shots with an excellent dynamic range, decent highlights and shadow details, and a minimal noise. The ultra-wide sensor is a huge improvement when compared with the predecessor. It is as good as the primary autofocus sensor with regard to capturing details. It also manages to flatten out distortions on frame edges and makes the output linear. It is this lens that also enables going down to up to 0.5x for close-up shots, which turn out well only in daylight conditions. The telephoto lens, a major improvement, enables up to 3x optical zoom and up to 30x digital zoom – a first in Samsung smartphones. While the images zoomed at 3x look decent and show a limited noise, those captured at 30x turn out soft and lack detailing. In fact, anything captured beyond 3x zoom shows some quality deterioration. 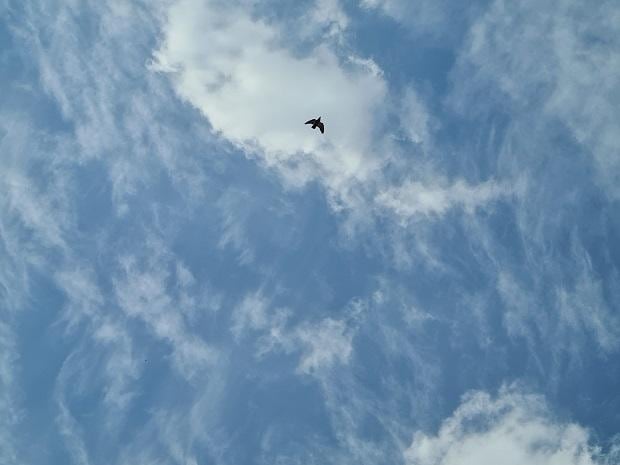 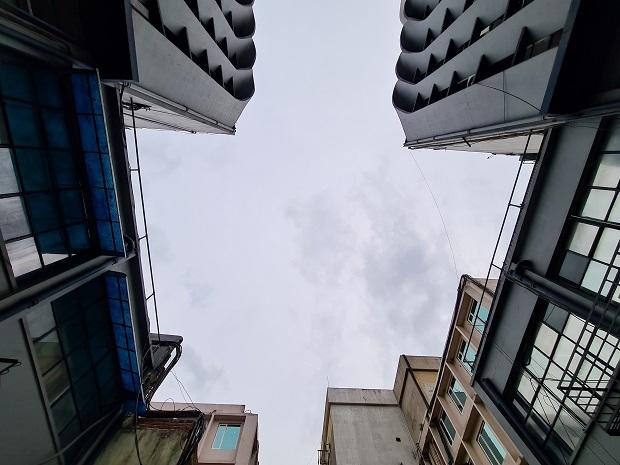 
To utilise all the available optics and their value-added features at once, Samsung has added a new mode called ‘Single Take’. In this mode, the camera captures frames in multiple formats and shows them all at one place. You can select the best shot, and delete the rest, keep all of them, or delete them all.


Besides exceptional photography, the rear camera module is also a capable unit for videography. Like other S20-series smartphones, the Galaxy S20 Plus supports 8K video recording. However, not all of the camera’s value-added features – tracking autofocus and video effects, for example – are supported at this resolution. Nonetheless, it is a good addition to the mix. Moreover, the phone’s ability to pull off a 33MP image from the 8K recorded footage is a welcome addition.


The selfie camera is also a good performer. Though it lacks a secondary camera, it manages to take decent portraits with a good amount of background blur. It also supports the night mode for lowlight selfies, which turn out well. 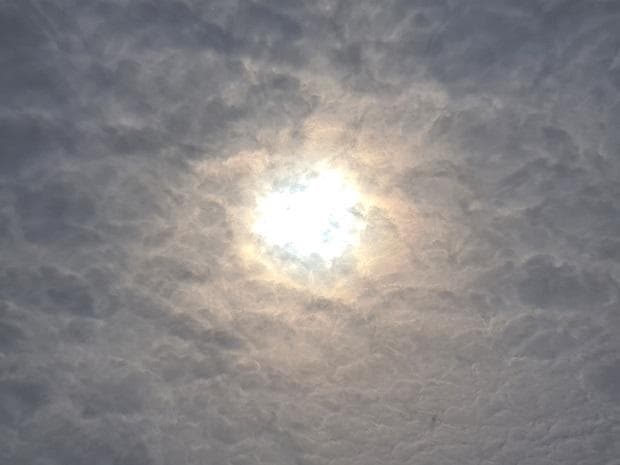 Software and hardware are both equally important for any phone’s overall performance. Thankfully, the Galaxy S20 Plus scores big on both. Powered by the Exynos 990 system-on-chip paired with 8GB RAM, the phone is a consistent performer that handles most tasks with ease – processor- or graphic-intensive. Complementing the hardware is Android 10 operating system-based Samsung’s updated OneUI 2.0 user interface, one of the best custom skins for smartphones. The UI is a delight to look at and easy to operate. Its key functional elements, such as the notifications area, settings menu, dialer, etc, are designed to make one-hand operations handier. The UI supports a system-wide dark mode, which goes well with the dynamic AMOLED screen, capable of rendering true blacks.


While the performance and user experience is top-notch, the phone’s 128GB internal storage seems underwhelming – its 8K video recording capability eats up storage space quite quickly. Though the phone has a dedicated microSD slot for storage expansion, more built-in storage variants or 256GB as the base variant would have been better.

The Galaxy S20 Plus works for almost a day on regular use with screen set at the fullHD+ resolution (120Hz). Bump the resolution up to QHD+ and the on-battery time takes a knock (but it sails through a day). On moderate to heavy usage, expect 9-11 hours of operations on one full charge.


The phone comes bundled with a 25W fast charger, which replenishes the battery from zero to 100 per cent in less than two hours. The phone supports fast wireless charging, and there is also the provision for reverse wireless charging, which allows the phone to charge other devices wirelessly.

At Rs 73,999, the Galaxy S20 Plus costs just as much as its predecessor, the Galaxy S10 Plus. By bringing several major upgrades and keeping the price unchanged, Samsung has made the Galaxy 20 Plus a worthy premium smartphone. The phone cuts no corners. It has a premium build, sharp screen with enhanced refresh rate, versatile cameras, top-notch performance, and satisfactory on-battery time. Moreover, it boasts an IP68 rating for dust and water resistance, dual stereo speakers tuned by AKG, and a fast wireless charging support. Almost nothing seems to have been missed out in this wholesome package.