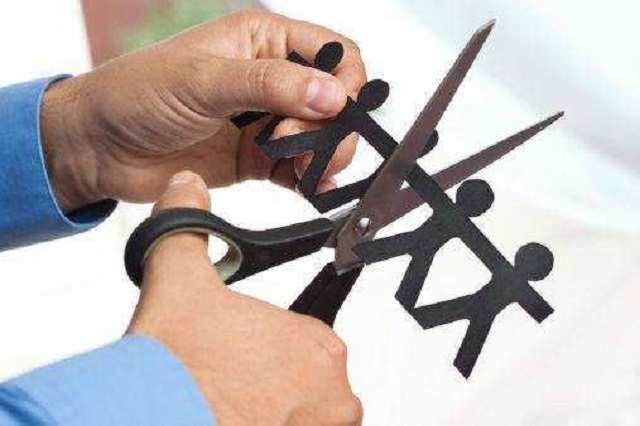 Fast-growing internet startups with high cash-burn rates have started downsizing staff — after years of ballooning wage bills — on the back of increased investor scrutiny of their money-guzzling business models. Big-name startups that have handed out pink slips recently or are likely to in the immediate future include Oyo, Ola, Paytm, Quikr, Zomato and Rivigo.

ET reported on December 20 that homegrown budget hotels brand Oyo was likely to dismiss 2,000 employees by January this year, and news agency Bloomberg said last week that the hospitality industry disruptor had let go of employees in China as well as 12% of its India staff.

Ride hailing firm Ola has cut expenses on employee benefits by 20% to Rs 414 crore for fiscal year 2019 and trimmed 8% of its staff in the last few months, as ET reported earlier. Others like digital payments platform Paytm, too, shed at least 5-7% of its workforce, people familiar with the matter said.

Not just these SoftBank-backed portfolio firms but other internet companies too have shown employees the door. In September last year, online food delivery firm Zomato laid off about 600 executives, or close to 10% of its overall staff strength, while surface transport company Rivigo cut 70-100 employees.

Last month, Quikr too let go close to 1,000 workers, sources and media reports indicated. And, Flipkart, India’s most valuable internet firm, has largely promoted talent internally in the first half of the year to backfill positions. Experts and industry insiders said companies were slashing headcount in verticals including sales, customer support and marketing to control inflated wage bills.

The downsizing is expected to trickle down to growth-stage and early-stage businesses, which are also likely to recalibrate salary packages for new hires across the board, an investor in startups said.

Internal appraisals too are likely to be in the range of 7% and 10% on average this year, this person said.

Data sourced from the Ministry of Corporate Affairs and regulatory authorities in Singapore on India’s top 11 consumer technology unicorns, or companies valued at over $1 billion, showed that their collective wage bill stood at Rs 8,869 crore in the 2019 financial year compared with Rs 5,086 crore in FY18.

For food delivery platform Swiggy, the wage bill for FY19 accounted for as high as 40% of its Rs 1,297 crore revenue. On the other hand, for gaming platform Dream11 the salary cost was 9% of its Rs 775 crore revenue. The average, however, stood at close to 15% for startups, the data showed. Snapdeal, which was downscaling operations, and Ola were outliers, though, with a decline in wage bill expenses for the same period.

“The time has come when most startups want to rationalise costs, and employee benefit is one of the largest cost-centres,” said Harish Kumar, managing partner at recruitment firm Wenger & Watson.

“There is a legitimate fear of over-hiring and inflated employee expenses, which finance heads across companies are flagging, and it needs to be addressed as investors push for sustainability,” a headhunter told ET, adding that his business has dropped 32% this year as startups halted aggressive hiring plans.

In 2018, one of the key reasons why internet companies ramped up headcount was due to a blinkered focus on growth, including launching new businesses, category or product portfolio expansions and increasing their presence across cities, in a bid to lure late-stage investors like SoftBank which had demanded aggressive growth targets. With SoftBank’s portfolio across the globe under the lens, the narrative has changed from growth to profitability.

“Unfortunately, in the past…growth at all cost had been getting funded in various ways. But, the ultimate source of funding is the public markets. And, the public markets have passed a verdict, not just with WeWork…some statistics of the last few call it 10–12 companies that have gone public which are loss-making…about 70% are trading below their prices including Uber, Lyft etc,” Avnish Bajaj, founder and managing director at Matrix Partners India said in a blog post.

At the same time, these businesses have not built processes during their growth phase and have focused their limited resources on building new business lines, category or product portfolio expansions. Investors said big startups like Oyo, Paytm, Swiggy, Ola, and Zomato will now begin to focus on making money and bring in efficiencies into the system, such as automation.

“While improving unit economics, the same resources are then moved away from growth initiatives and used to build products for efficiencies or managing scale… Also, operating leverage starts to kick in, which reduces fixed costs as a percentage of the total revenue,” said a growth-stage company founder who has downsized his workforce by 5% in the past few months.