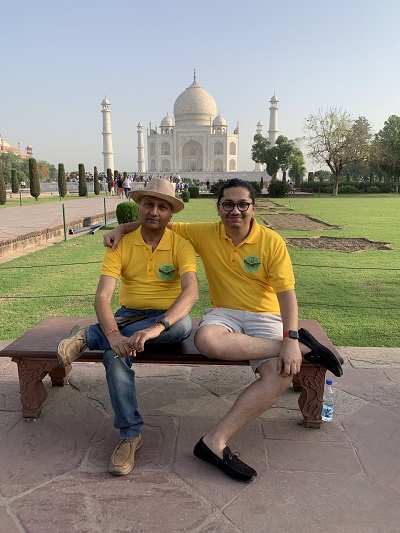 Agri-focused integrated supply chain startup Kisan Network has raised $3 million (Rs 21.40 crore) in a seed round of funding, which has been led by Mistletoe, the Singapore-based early-stage fund founded by Taizo Son, the younger brother of SoftBank Chairman Masayoshi Son.

Also participating in the latest round of financing are Y Combinator, the Thiel Foundation, Venture Highway, FundersClub, Lynett Capital, Gokul Rajaram and other angel investors, the four-year-old company said in a statement.

“We see immense value in Kisan Network’s focus in providing market linkages directly to farmers, and their progress so far in building out each aspect of their tech enabled supply chain is highly promising, Atsushi Taira managing director at Mistletoe Singapore, said in a company-issued statement.

Founded by father and son duo Sanjay and Aditya Agarwalla in 2016, the startup provides end-to-end on-ground supply chain management, from farm to the buyer’s doorstep, thereby, cutting out the middlemen, while offering transparent pricing and quality control of produce.

The Gurugram-headquartered company, which started off as an undergraduate thesis project for Aditya Agarwalla while he was at Princeton University, claims to be working with over 55,000 farmers, spread over 6,000 villages in Asia’s third-largest economy.

“With the building blocks of our supply chain in place, we believe that we are the cusp of becoming an even larger pan-India player in the market. This investment will aid the rapid expansion into new regions and crops across the country, bringing lakhs of more marginal farmers into the fold and helping them ship hundreds of more trucks directly from their farms to businesses,” Agarwalla, chief executive officer, Kisan Network, said.

Agarwalla, a Thiel Fellow, who quit Princeton University in his junior year, was also part of Y Combinator’s Winter 2016 batch, with Kisan Network being chosen as the third Indian startup to participate in the program, following Razorpay and ClearTax.

According to its website, Mistletoe has invested about $255 million, spread across 126 startups, while also undertaking a fund-of-funds strategy, with a focus on the broader agri-tech sector. In India, it has backed startups, such as NinjaCart, as well as early-stage venture capital firm Blume Ventures.

Global investors have begun to look at India’s broader agri-tech sector, with companies, such as NinjaCart, scooping up large amounts of capital over the course of the last 12 months.

Tiger Global put in $90 million into Bengaluru-headquartered NinjaCart in April last year, while Flipkart and its parent entity, Walmart, have also committed $50 million to the company last month.